Empowering Veterans Through the Arts and Humanities

In October we celebrate National Arts and Humanities Month, and this week we join forces with Americans for the Arts to feature the extensive arts and humanities programming that serves our nation’s veterans. In a recent post, we briefly traced the expansion of NEH programs for veterans over the last decade, highlighting the therapeutic benefits of bringing veterans together to discuss literature about war and share their stories. Many of these Dialogues on the Experience of War programs also provide veterans with opportunities to experiment with a wide variety of artistic and literary techniques for expressing themselves.

Gonzaga University’s Telling War, a collaboration between the university’s new Center for Public Humanities and the Spokane Arts Council, demonstrates the impressive range of self-expression that initiatives integrating the arts and humanities can cover. The two-year program has brought veterans, students, and community members together to experiment with songwriting, poetry, visual arts, and digital media. The design emerged out of project director Lisa Silvestri’s own experience in a military family: “I grew up in the traditional Vietnam veteran household where you didn’t talk about it, but you could feel it. And so I’ve basically made a lifelong career trying to fill in that silhouette.” Telling War offered a wide array of arts and humanities resources to both veterans and students to help fill in that silhouette. 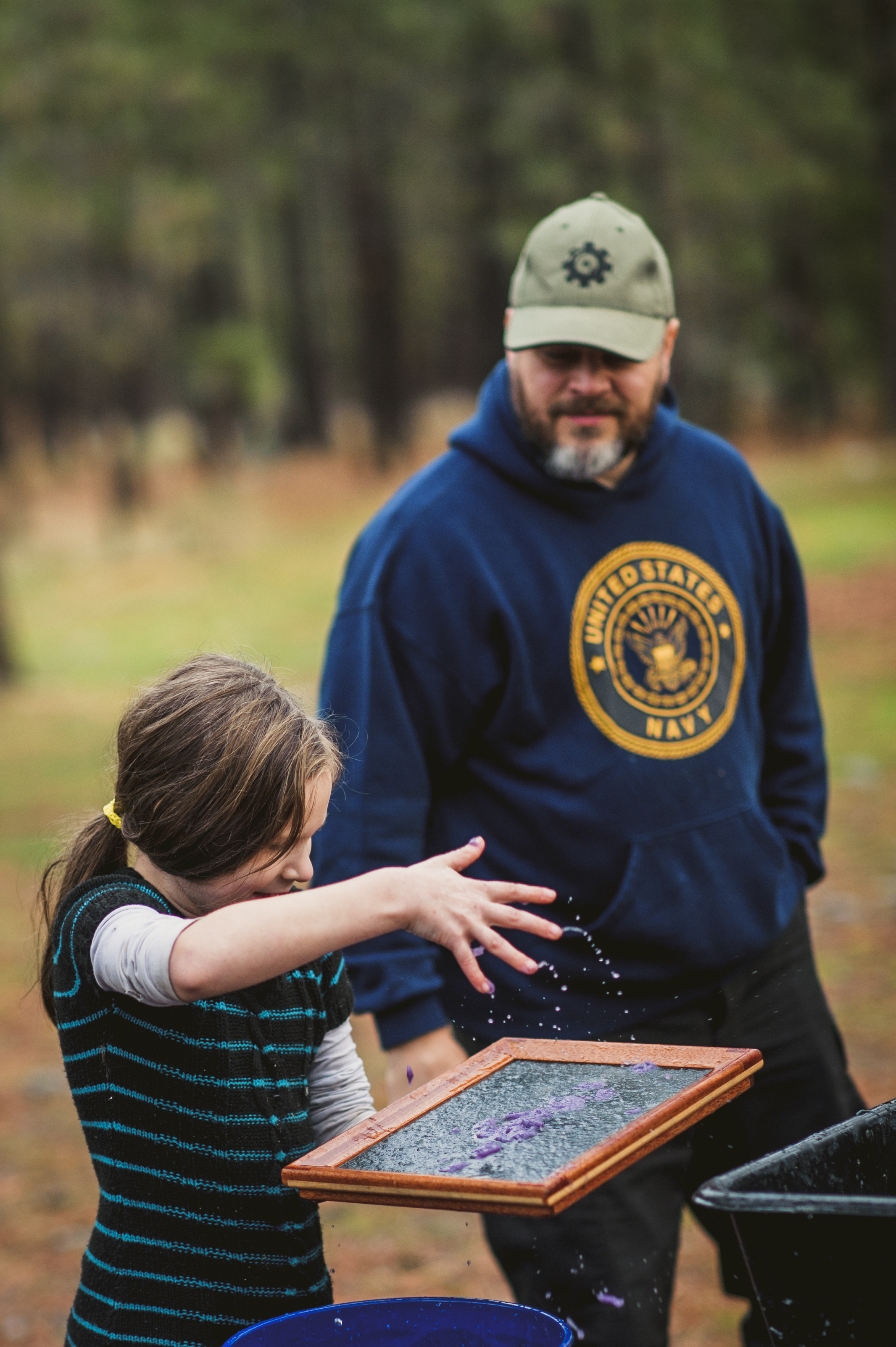 Telling War began with a collaborative fall semester seminar involving 20 undergraduates and a team of humanities faculty who shared expertise regarding war, literature, art, history, geography, and mental health. For their culminating project, students produced podcasts out of the oral history interviews that each conducted with a local veteran. Silvestri then hired a group of students to help facilitate interactive, expert-led, creative workshops for community veterans throughout the spring.

A concert and songwriting workshop focused on helping veterans use music to make powerful personal experiences more accessible and universal. Mike Nemeth, veteran co-author of Six-Word War, taught veterans the six-word story form invented by Ernest Hemingway. Kevin Powers, veteran poet and fiction writer, offered an intimate, veterans-only poetry workshop in addition to his public lecture to an audience of 100. And Drew Matott, founder of the Combat Paper Project, a non-profit which brings veterans together to create handmade paper from their uniforms, facilitated a Veterans Day papermaking picnic at a local park. Through these workshops, veterans and students alike found new ways to share powerful stories of war.

Telling War garnered sustained interest across the campus and community, including two visits from Senator Patricia Murray’s Veteran Outreach Liason. The project jumpstarted Gonzaga’s new Center for Public Humanities, providing the focus for its inaugural year of programming. And it attracted significant media coverage, including three half-hour public radio spots, two different spots on Spokane Public Radio and one on Veterans Radio. “The program strengthened the connections among veterans and community organizations and non-veterans,” says project director Lisa Silvestri, “because it drew attention to how much the veteran voice has to offer the broader society.” Telling War illustrates how NEH’s Dialogues on the Experience of War use the arts and humanities to help our nation’s veterans find their voices and be heard.

In text image: Community members and veterans partaking in the papermaking picnic lead by Drew Matott, founder of the Combat Paper Project. Image Courtesy of The Telling Project.

Read more: neh for all veterans