How NEH Funding is Helping Plymouth Prepare for Its 400th Year

From its support for academic research to its funding for public programs, the National Endowment for the Humanities (NEH) fosters a strong humanities ecosystem in communities throughout the United States. This was driven home to me most recently during a trip to Plymouth, Massachusetts. There, I saw first-hand how NEH-funded research allows us to reconsider how we understand key moments in our nation’s past and ensures that the public also comes to see these new interpretations.

In Plymouth, I met with archaeologists David Landon and Christa Beranek, who are conducting an NEH-funded excavation of original seventeenth-century structures from the colony. The excavation, which is in its fourth year of NEH funding, is shedding new light on life in the early colony—suggesting a closer relationship between the English colonists and the Wampanoag people than past historical interpretations have indicated. Between 22 and 25 people, including students enrolled in UMass-Boston’s Summer Field School and Wampanoag archaeologists, are working at the site at any given time. Landon and Beranek offer overviews of the site to members of the public who pass by and express interest. As the site is located at the edge of historic Burial Hill Cemetery in downtown Plymouth, this can be as many as 80 people per day. And the information they are uncovering is proving especially useful in the lead up to 2020, the 400th anniversary of the Pilgrims’ landing at Plymouth. 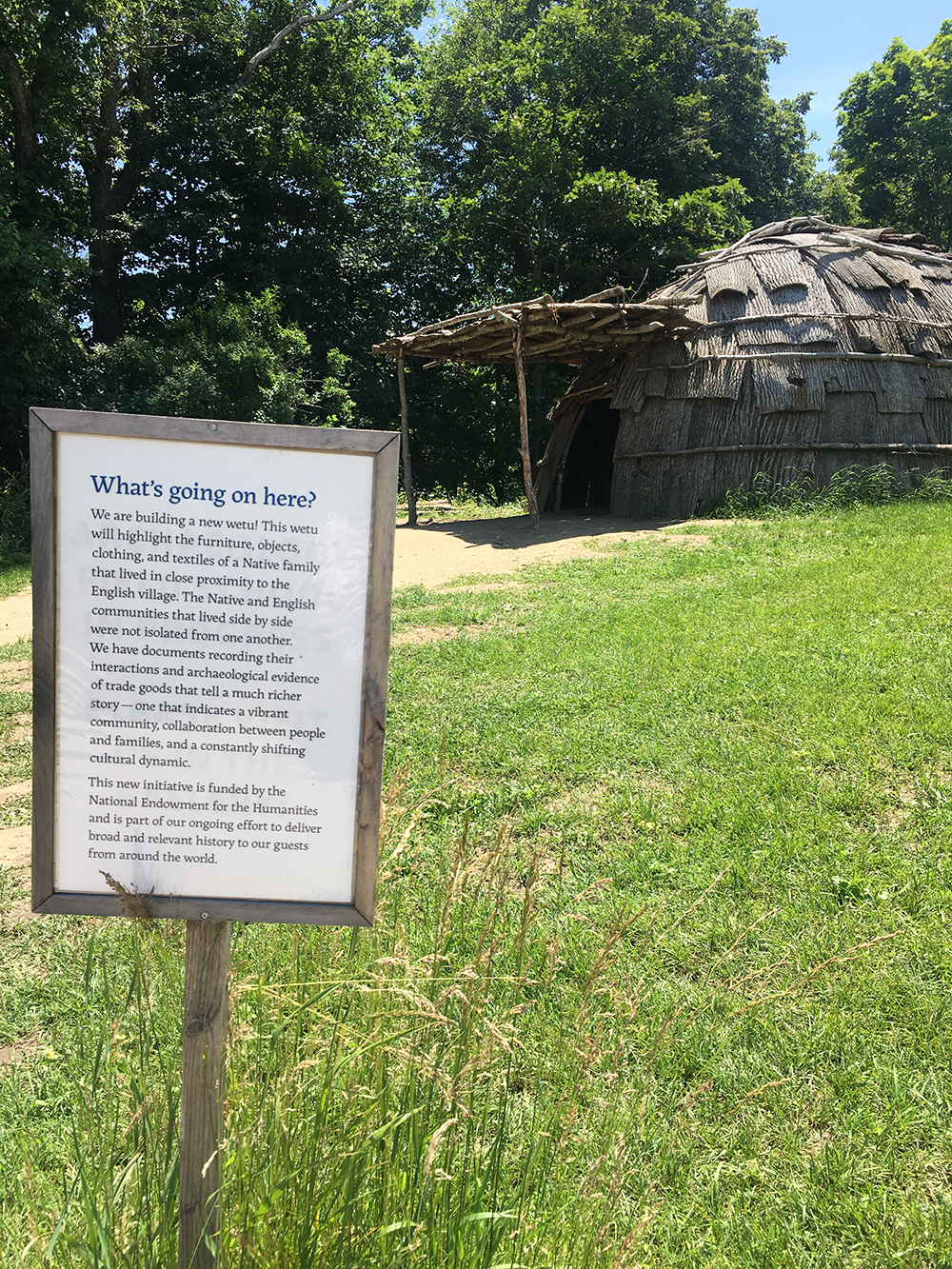 Three miles down the road from the archaeological dig lies Plimoth Plantation, a living history center that interprets seventeenth century Plymouth and Wampanoag settlements and is a major tourist attraction in the region. Plimoth Plantation is in the middle of significant reinterpretation—supported by the NEH—which it will finish rolling out next year. Deputy Director Richard Pickering emphasized that visitors to the site could already see some of this work, which is incorporating findings from Landon’s excavation. And indeed, as I approached the reconstructed settlement, I came across a Wampanoag winter home situated just outside of the village walls. This was a more accurate representation of how the Pilgrims and the Wampanoag would have actually lived. Overall, the reinterpretation aims to provide visitors with a more holistic understanding of the colony and the great changes it witnessed during the seventeenth century.

In addition to interpreting the seventeenth century, Plimoth Plantation holds an extensive collection of archaeological items uncovered during twentieth-century excavations of Plymouth. And the organization is working with Baranek to catalog and digitize these collections, which will make them more accessible to researchers and the public, as well as to those who work at Plimoth Plantation. The information garnered during this process will also help artisans at Plimoth Plantation make more accurate reproductions of items, such as pottery, that were used in the early colony.

The physical proximity of the sites made the interplay between research and public programming—a constant dynamic in humanities work—more visible than usual. All in all, the trip provided a remarkable opportunity to see how NEH-funded research makes its mark—both in academic spheres and in public ones.

Read more: neh for all preservation