Last week, more than 200 humanists gathered for the NHA Annual Meeting and Humanities Advocacy Day in Washington, D.C. This event brings together humanities faculty, administrators, and professionals from scholarly societies, museums, and libraries to explore best practices in humanities advocacy and to advocate on Capitol Hill for federally funded humanities programs. 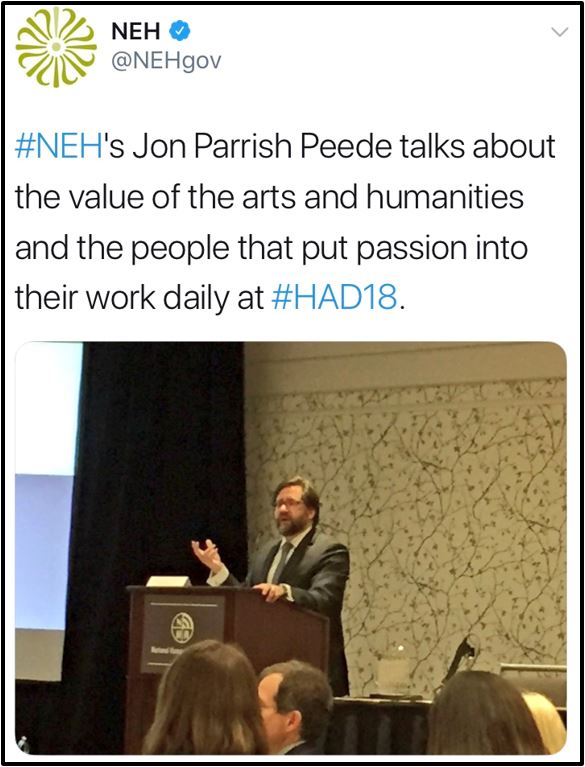 Monday began with an opening panel, made up of NHA board members, that discussed the Pew poll released in 2017 that revealed a growing, partisan distrust of higher education. After interpreting these findings and considering how the humanities are implicated in this distrust, the panelists considered the role humanities can play in rebuilding public trust in higher education.

Attendees then had the opportunity to attend breakout sessions that covered a range of topics from training for new advocates to increasing the local visibility of humanities grants and projects. Three of the breakout sessions showcased some of our current initiatives: Study the Humanities, a resource for those who make the case for majoring in the humanities; NEH for All, a project to highlight the impact of the NEH across the country by showcasing outstanding NEH grantees; and Humanities for All, a national survey of publicly engaged humanities projects based at higher ed institutions. NEH Senior Deputy Director and nominee to be the next chairman of the NEH Jon Parrish Peede, delivered the luncheon address on the formative role the humanities played in his own life and his vision for the NEH.

At the Capitol Hill Reception Monday evening, we honored Senator Tom Udall (D-NM) and Representative Leonard Lance (R-NJ) with the Sidney R. Yates Award for their continued leadership and support of the humanities. 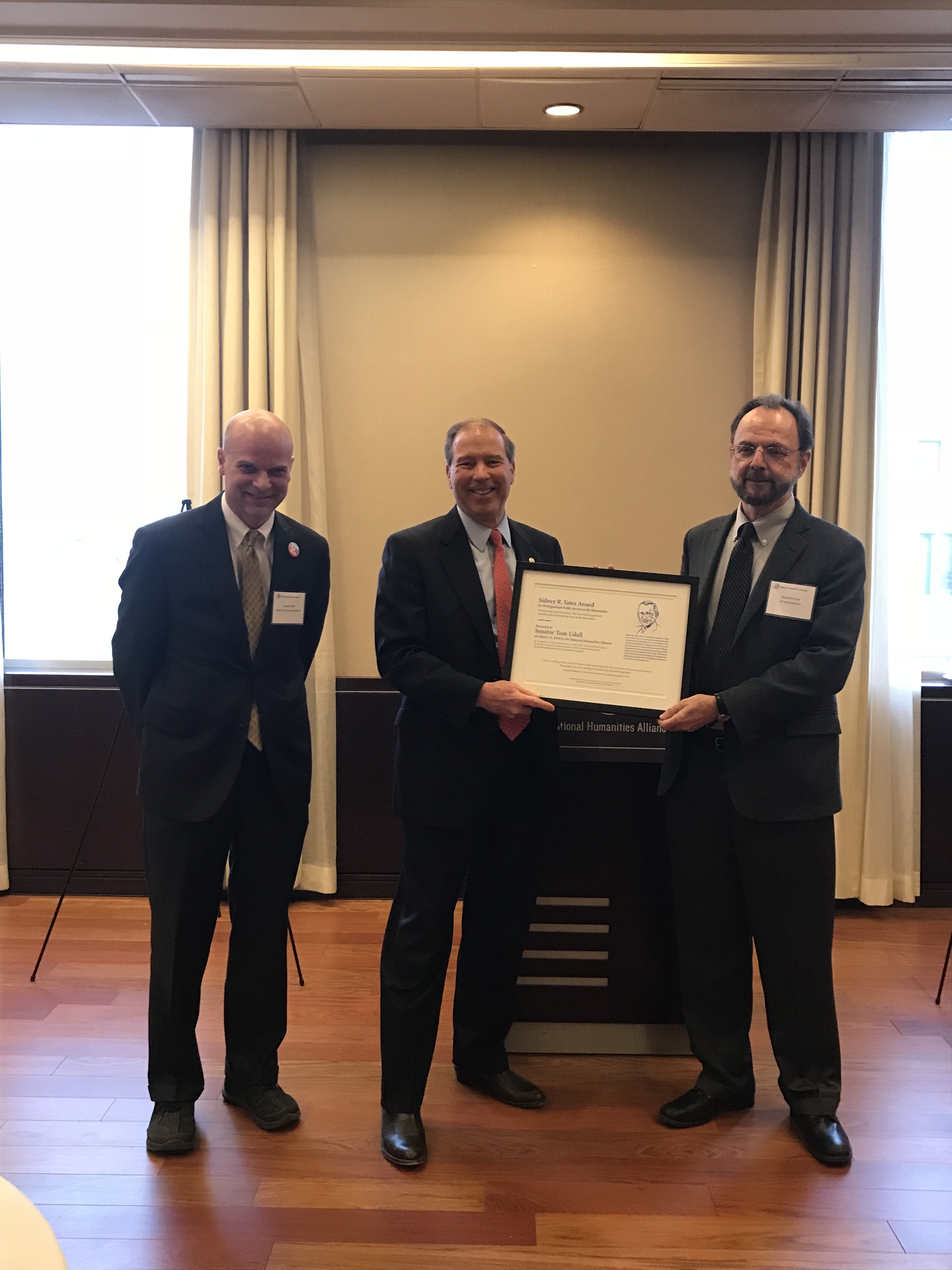 On Tuesday, adorned with NEH for All buttons and equipped with funding requests, 161 advocates from across the country took to Capitol Hill to make the case for federal funding for the NEH, IMLS, NHPRC, and Title VI and Fulbright-Hays in 257 meetings. Despite the Trump Administration's continued call for the elimination of these programs, advocates reported a high level of support among Members of Congress and their staff. This support has resulted in 166 signers, including 19 Republicans, for the House Dear Colleague Letters requesting increased funding for the NEH. This is an increase over last year's 144 signers, including 12 Republicans. 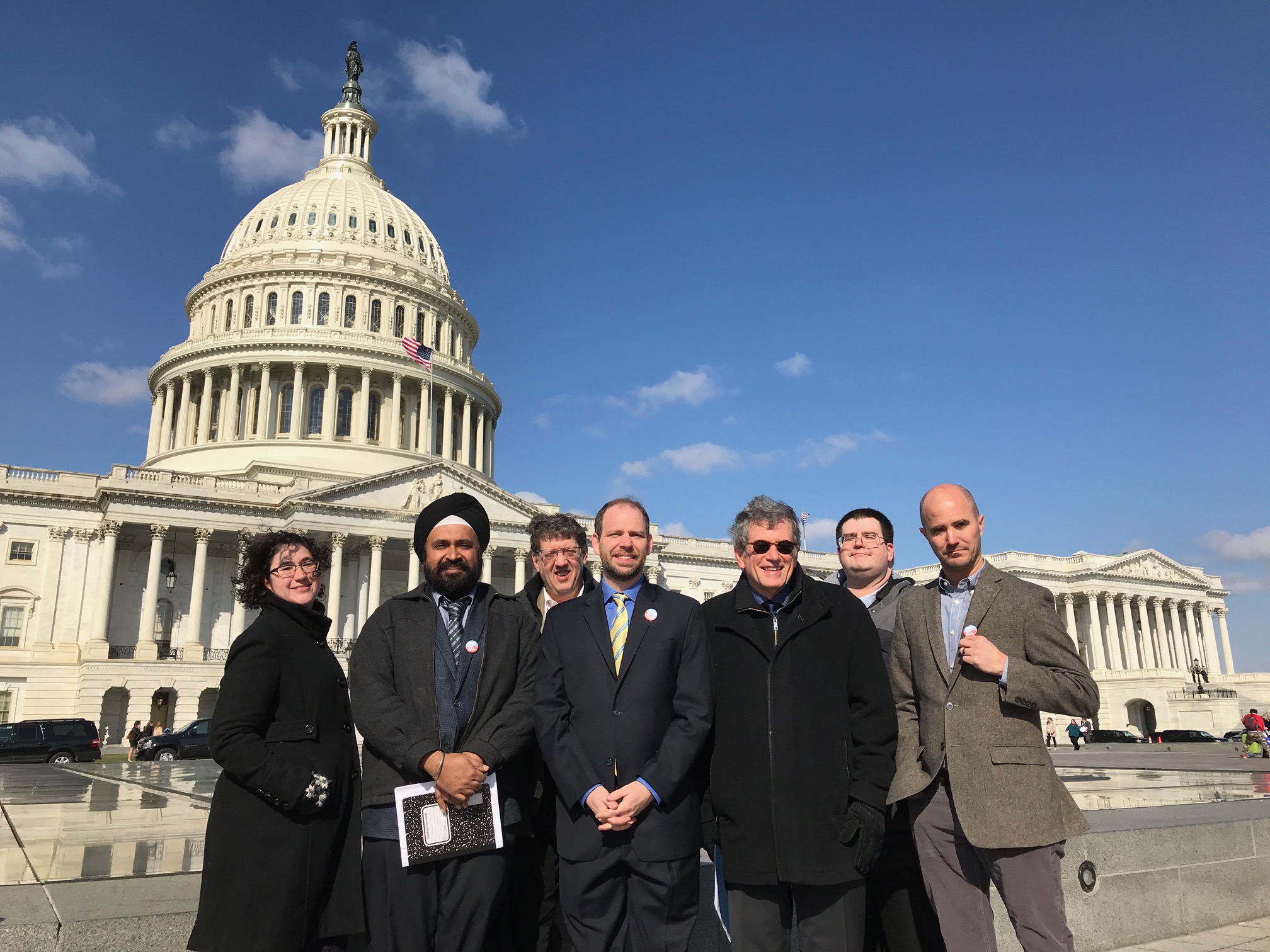 Throughout the day, advocates took to social media to share photos and thank Members of Congress for their support. 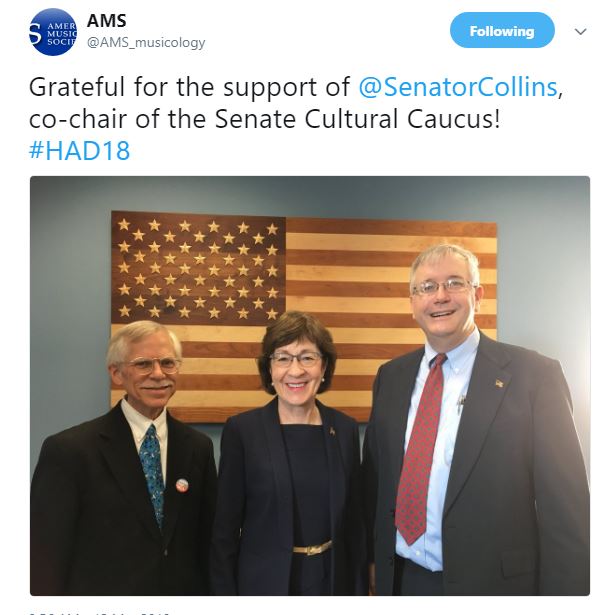 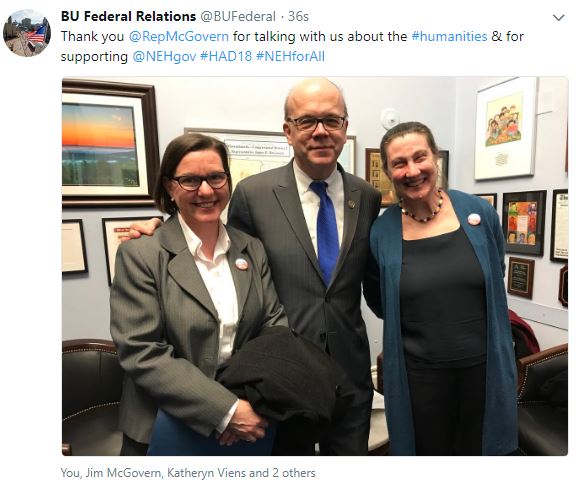 Thank you to all of our attendees and advocates for making the Annual Meeting and Humanities Advocacy Day such a success! We look forward to seeing you next year! 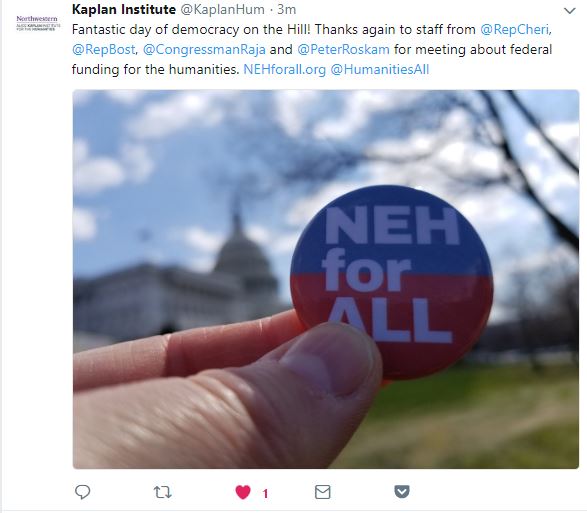