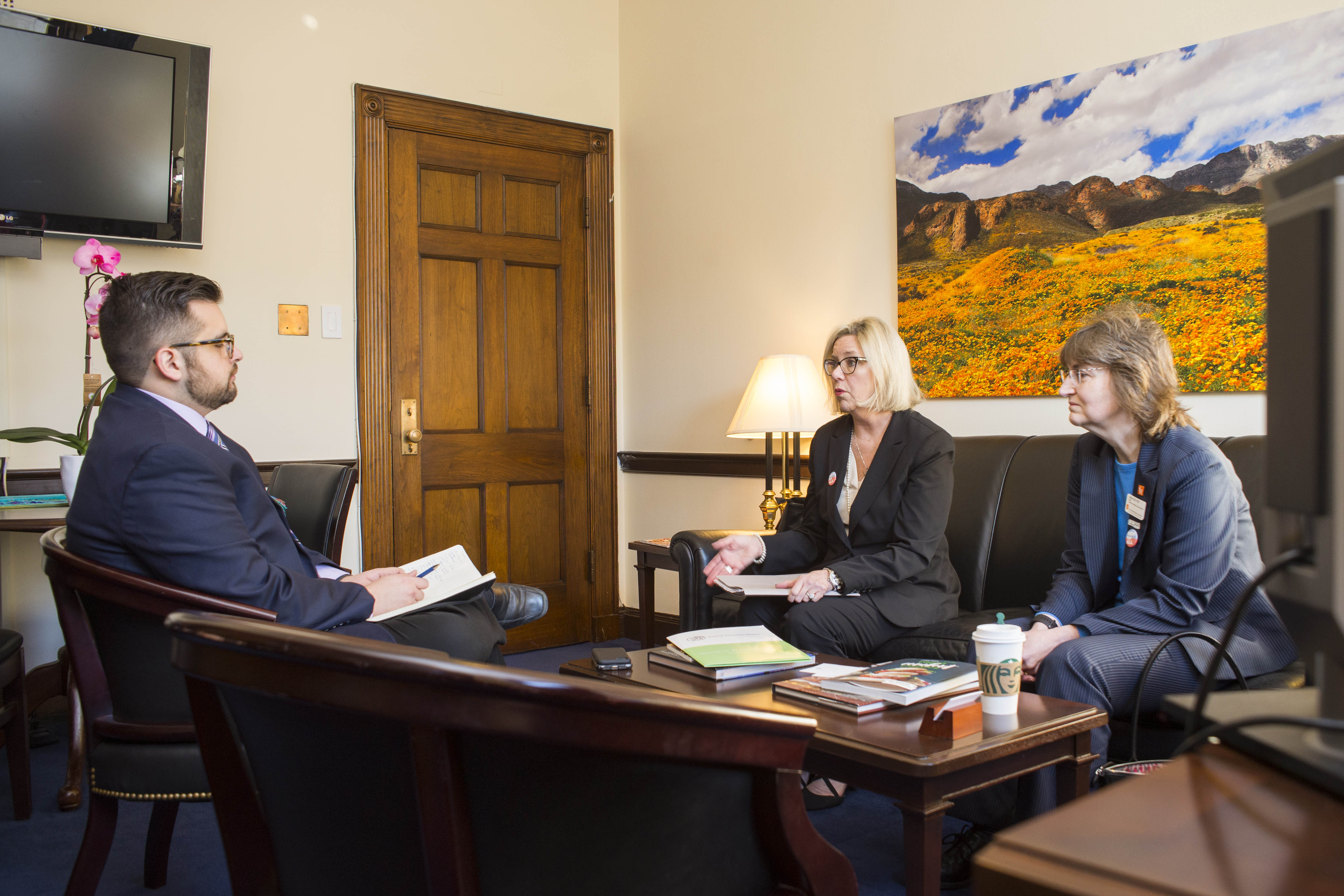 Humanities Advocacy Day was also an opportunity to thank some of our most stalwart supporters. This year, we awarded the Sidney R. Yates Award for Distinguished Public Service to the Humanities to Rep. Betty McCollum (D-MN) and Sen. Lisa Murkowski (R-AK) for their continued leadership and support of the humanities. Rep. McCollum, chair of the House Interior Appropriations Subcommittee, has been a steadfast and eloquent ally for the NEH, stating that the NEH supports “vibrant cultural and educational opportunities for people of all ages that bind us together as one Nation and one people.” Sen. Murkowski, chair of the Senate Interior Appropriations Subcommittee, has been a committed supporter of both the NEH and the Alaska Humanities Forum and the role they play in preserving Native cultural heritage and supporting veterans. 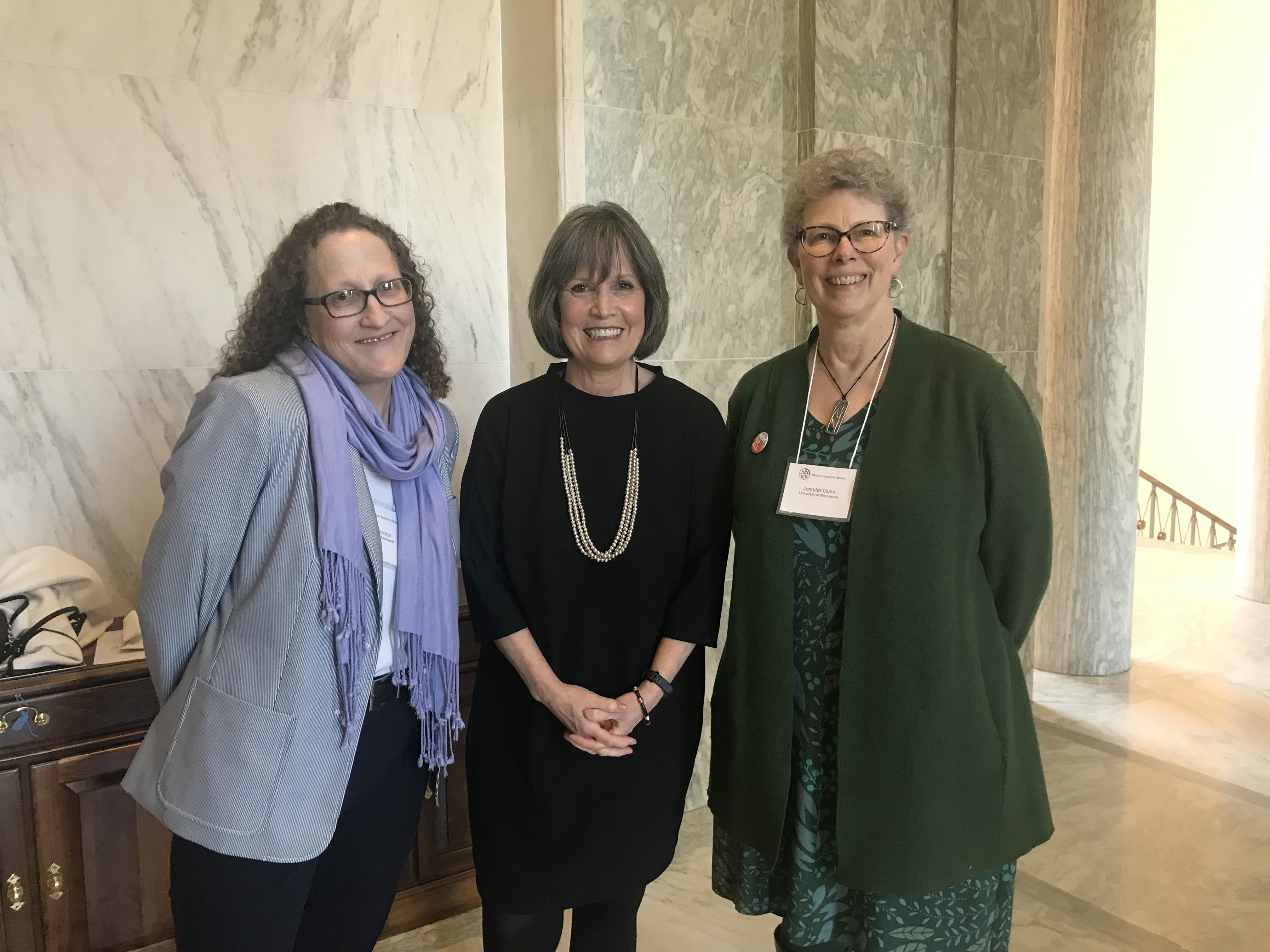 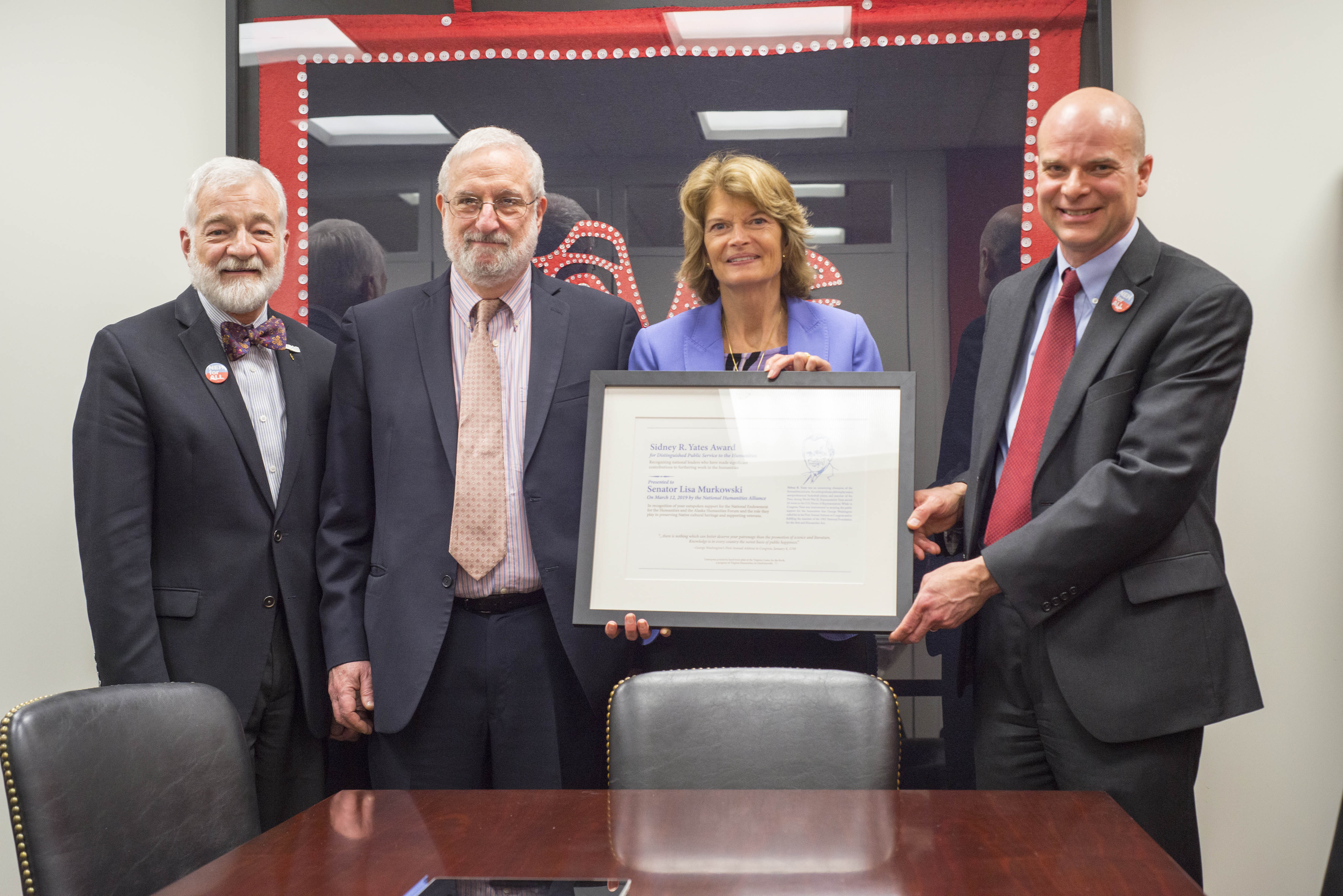 Thank you to all of our advocates who made Humanities Advocacy Day such a success! We look forward to seeing you again next year!

Minnesota advocates with Rep. McCollum after the presentation of the Yates Award. Photo courtesy of Morrison Photography.