For over a decade, the National Endowment for Humanities (NEH) and the state and territorial humanities councils funded by the NEH have provided unique services to the veteran community through a variety of interactive, community-building programs throughout the country. The NEH began employing the humanities to address the challenges veterans face through the Literature and Medicine programs held at VA hospitals and the Talking Service program established in partnership with the Great Books Foundation in 2012. In 2014, former NEH Chairman William Adams, a Vietnam veteran, expanded these efforts, launching Standing Together: Humanities and the Experience of War. The initiative increased funding for veteran-related projects across all NEH divisions and established the Dialogues on the Experience of War program, which gathers veterans together around literature, films, and reflective writing exercises that explore the journey from home to the battlefield and back. Since 2016, the NEH has sponsored 47 Dialogues in 21 states. Here at the National Humanities Alliance, as part of our NEH for All initiative, we’re researching past and future Dialogues programs to better understand their impact on veterans and their communities. 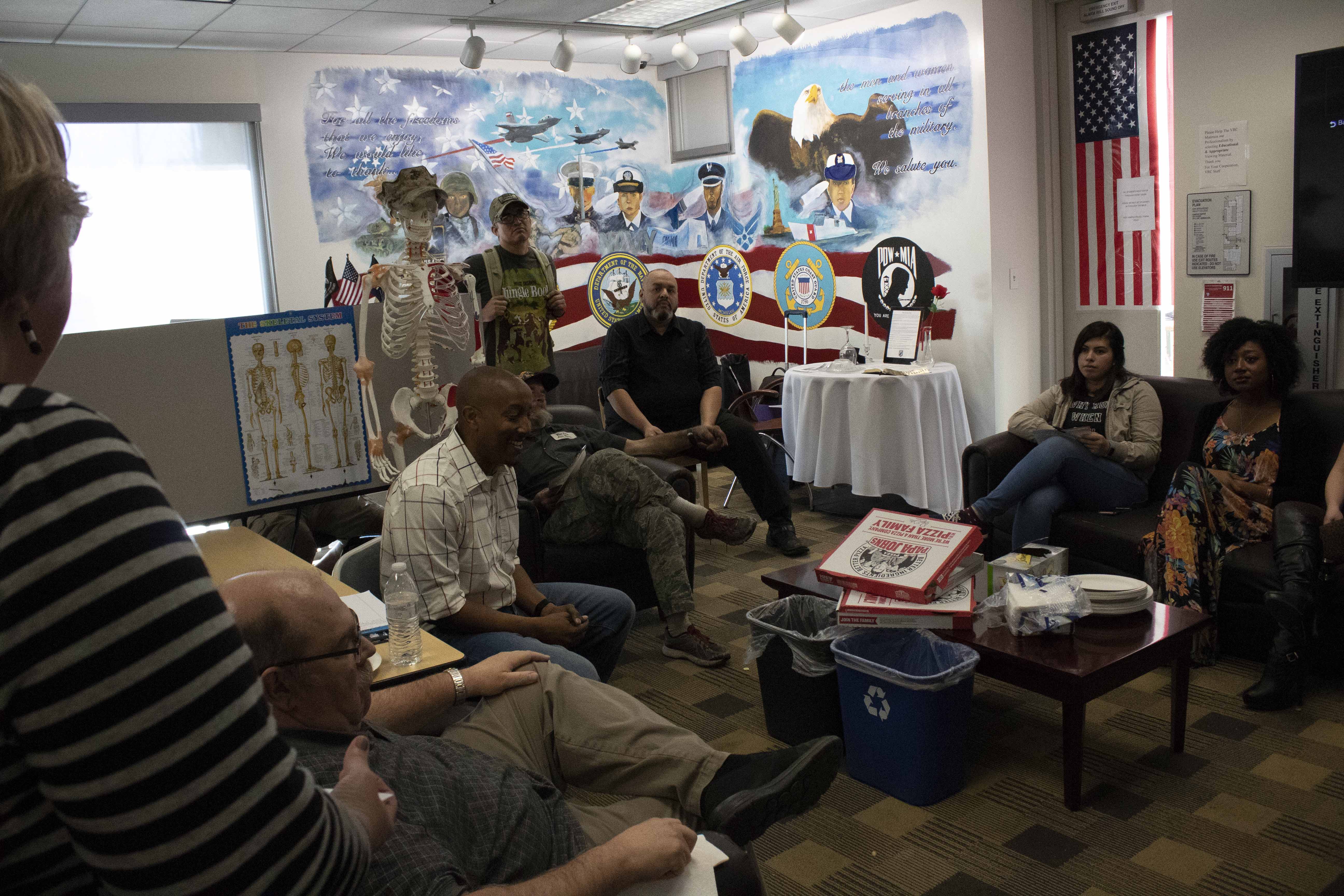 Many involved with these programs, including mental health and public health professionals, have noted their unique value for enabling veterans to process their experiences proactively, effectively, and safely. Rachel Keener, a clinical psychologist who helped train Dialogues facilitators, noted that the program achieved many of the same goals as the therapy groups she has led for veterans since 2009, but that grounding the conversation in humanities sources provides additional security. “It’s a safer context for people to talk because it’s not necessarily their own story,” said Keener in a video documenting the Dialogues at California State University, San Bernadino (CSUSB) posted on the NEH YouTube channel. “It’s a powerful format for veterans to come together, to make connections where they’ve felt disconnected, and to begin to talk about their stories again.” Indeed, numerous participants report that they shared stories for the first time. Some even celebrate the therapeutic power of Dialogues explicitly. “We said throughout the course that this is free therapy for us,” said veteran facilitator Jermaine Drayton in a televised town hall event that concluded the initial Dialogues at Governor’s State University outside Chicago. “As we dialogue about the experience of veterans from prior generations, we realize we don’t have to be in this closed box anymore. We can talk. And we know that there’s somebody who can listen to us now.” 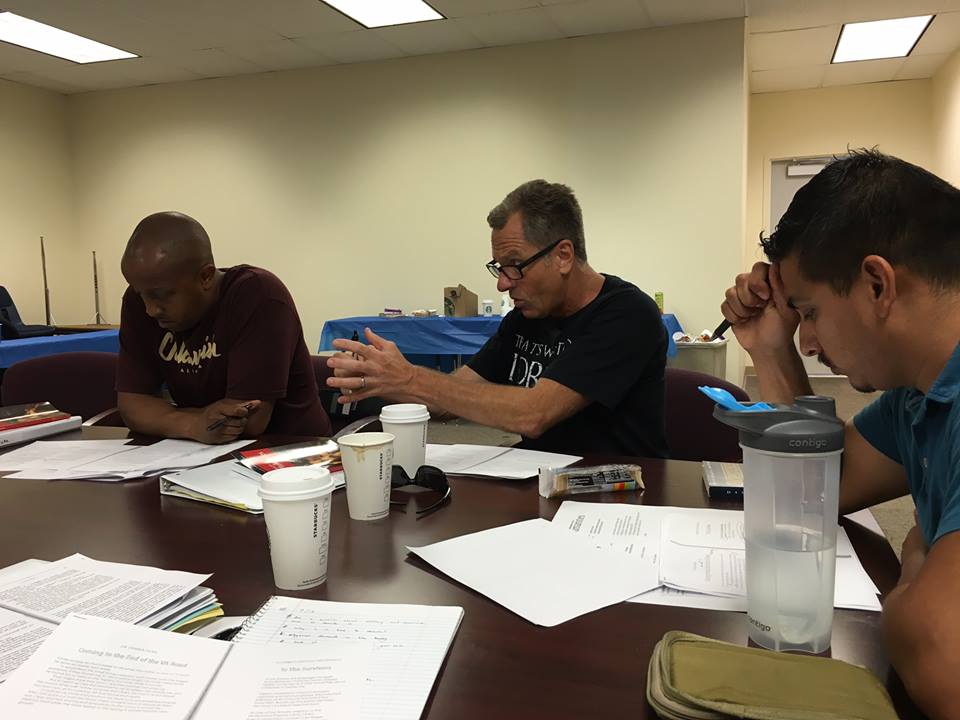 In this way, Dialogues offer an alternative to therapy for the considerable number of veterans who are not getting the treatment they need for conditions such as post-traumatic stress disorder (PTSD) and traumatic brain injury (TBI). Taken together, these afflictions impact one out of every three Iraq and Afghanistan veterans, while one-sixth of post-9/11 veterans suffer from depression. And unfortunately, half of service members or veterans who need treatment for such mental health conditions hesitate to seek it. Evidence suggests that many veterans who struggle with PTSD avoid seeking treatment because reliving traumatic experiences—the central activity of all current counseling therapies—seems too daunting. One-third of respondents to the 2017 Wounded Warrior Project survey indicated that fear of revisiting painful experiences was a deterring factor for seeking treatment, and a fifth reported stigma and concerns about career consequences as additional factors. These realities reinforce the need to engage this diverse population through a wide variety of approaches to ensure that veterans can process their experiences in ways that work for them. For example, clinicians at the VA hospital in White River Junction, Vermont have begun to implement the Dialogues model with a group of veterans who have suffered both combat and sexual trauma and had plateaued in their treatment. Their hope is that participants can make new breakthroughs by strengthening their reflection abilities through this alternative approach.

Dialogues on the Experience of War offers veterans throughout the country opportunities to engage in stigma-free, confidence-building practices that help them make meaning out of difficult experiences with fellow veteran participants using rich humanities resources. “The participants really get the understanding that these kinds of problems stretch back as far as we have literature,” says veteran facilitator Edward Jones. “These are soldiers that struggle, these are soldiers that triumph over these things as well. So [the readings] give a sense of cohesion.” And public events associated with the Dialogues help communities better integrate their veterans and bridge the civilian-military divide. In this way, the Dialogues help veterans clarify their identities and purpose for their post-military lives, thus answering the call of VA researchers to move beyond managing symptoms toward increasing post-military quality of life and promoting post-traumatic growth. “We get in touch with ourselves on a deeper, personal level,” reflected one participant. “Although some of us may feel like fragments or pieces, we use language to once again find and embrace our identities, who we are.”

Read more: neh for all veterans