Through our NEH for All initiative we research the impact of NEH funding throughout the country. On a recent trip to Philadelphia, we had the chance to visit the Penn Museum and the National Museum of American Jewish History. Both institutions received funding from the NEH's Division of Public Programs, which allowed curators to create exhibitions that immerse visitors in rich humanities experiences that reflect the best in current scholarship. 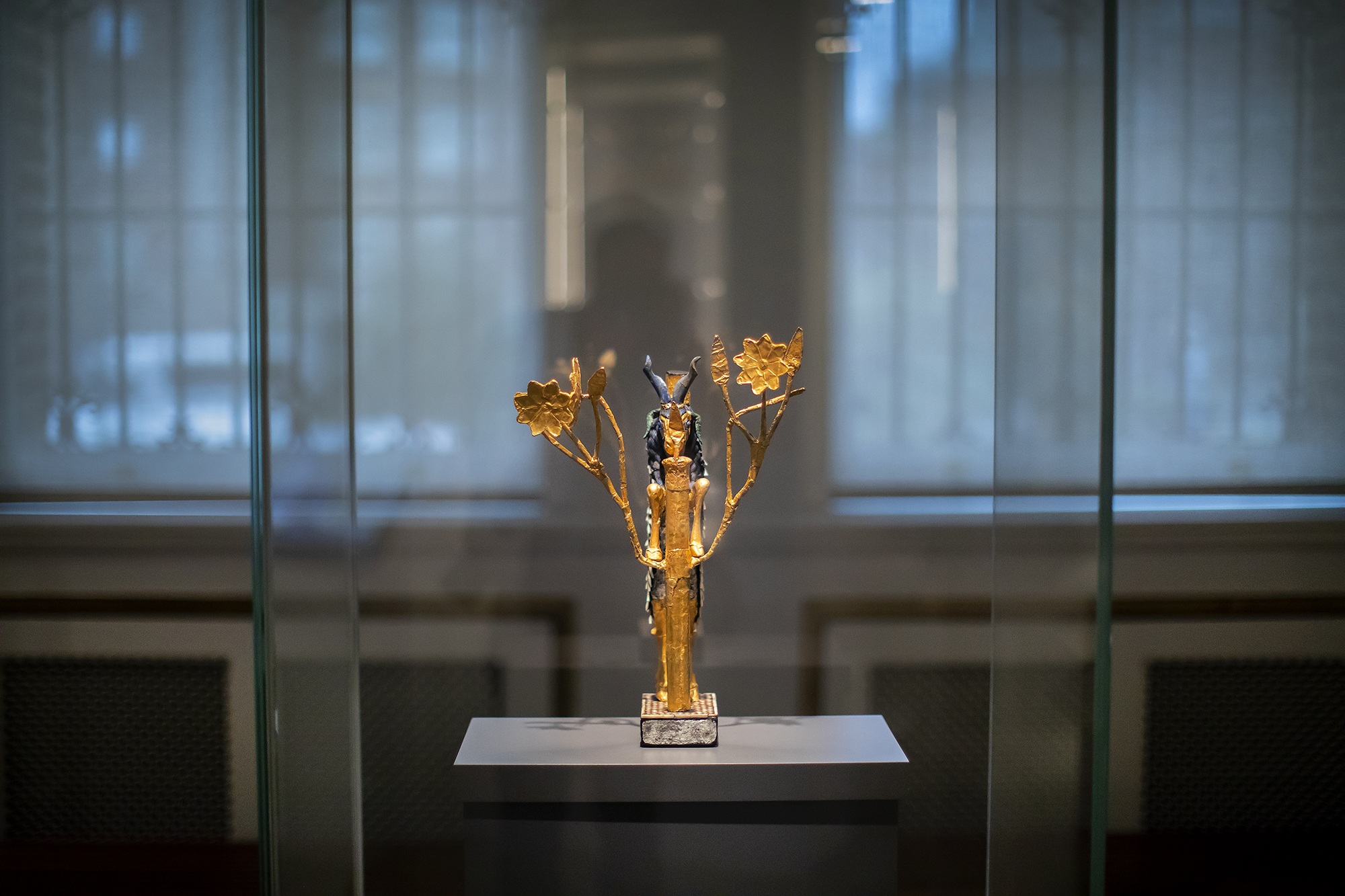 With NEH funding, the Penn Museum renovated its Middle East Galleries, turning them into bright, inviting spaces designed to captivate visitors. Stephen J. Tinney, deputy director and chief curator of the Penn Museum, reflected that “our goals were to showcase our extraordinary collection, much of which was excavated by Penn archaeologists, and to translate our tremendous breadth and depth of research into very publicly-accessible galleries. . . We were careful to create gathering places in the galleries that could accommodate school groups and we also thought about the fact that many families visit the museum together, so all of the text had to be grasped quickly and effectively by adults who are interpreting for their children.”

In addition to more than 1,200 artifacts, like the iconic Ram in a Thicket, the galleries include short animated films, child-accessible kiosks, and 11 touchable reproductions of artifacts without sacrificing the nuanced interpretations that are the hallmark of academic scholarship. Upgrades to the exhibit cases and lighting help visitors see artifacts in fine detail, making it possible to identify hieroglyphics on a worn piece of stone. And by helping the Penn Museum reshape its Middle East Galleries, the NEH has also catalyzed fundraising for additional renovations. The improved Galleries are only the first step in a planned full reinterpretation of the museum: they stand in stark contrast to the museum’s other exhibitions allowing potential donors to see the kinds of substantive changes their gifts stand to make. 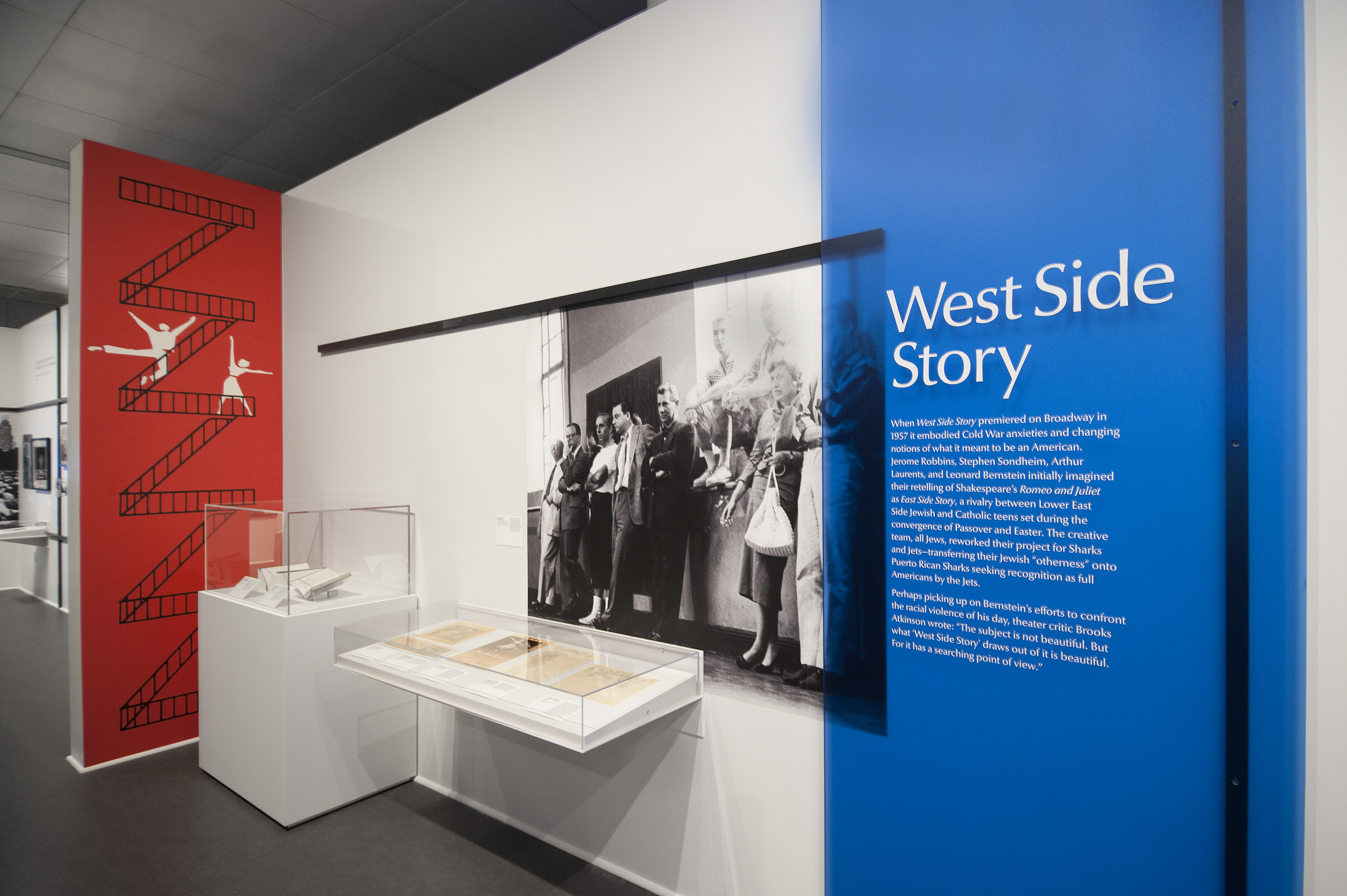 NEH funding also supported the National Museum of American Jewish History’s newest exhibition, Leonard Bernstein: The Power of Music. Through artifacts, narrative, and multimedia installations, the exhibition explores Bernstein’s life within the context of “the search for a solution to the 20th century crisis of faith,” which Bernstein identified as a major theme running throughout his work. Artifacts range from the touching to the troubling: Bernstein’s piano; a scrapbook kept by his father; and his FBI file, printed in full. Media installations are interspersed throughout the exhibition. These include a montage demonstrating West Side Story’s influence on world popular culture; a twelve-minute excerpt of Bernstein’s Mass; and “Samples of Faith,” a custom installation that uses scannable building blocks and screens to reveal different facets of compositions like Candide and Bernstein’s three symphonies.

Ivy Weingram, curator of the exhibition, notes that NEH funding “allowed us the flexibility and freedom to think in many dimensions of what the exhibit could be, to create interactive opportunities using New Media that encourage discovery and play while providing a great educational return, to make sure we are making a worthwhile contribution to the field, and to go beyond biography. We don’t want to put a book on the wall. We want to bring Bernstein to life.” NEH funding has also enabled the museum to offer free admission to the exhibition on Friday afternoons. Leonard Bernstein: The Power of Music is on view in Philadelphia through September 2 and will subsequently travel to other locations throughout the country.

Thumbnail image: A museum guest admires the “Ram in the Thicket” (ca 2450 BCE), among the many treasures from the royal tombs at Ur, circa 2450 BCE, on view in the Middle East Galleries at the Penn Museum. (Photo: Eric Sucar/Penn Communications)

Penn Museum’s Middle East Galleries Photo: The “Ram in the Thicket,” one of the most famous objects from the royal Cemetery at Ur, is made of gold, silver, lapis lazuli, copper, shell, red limestone, and bitumen (ca 2450 BCE), is on view in the Middle East Galleries at the Penn Museum. The statuette, one of two excavated by the joint Penn Museum/British Museum expedition (the other resides in the British Museum), would have supported a tray. (Photo: Eric Sucar/Penn Communications)

Read more: neh for all museums