Posted by Beatrice Gurwitz on September 26, 2019

This past Tuesday, we joined forces with the University of Iowa to bring Iowa’s congressional staffers into conversation with 35 representatives from universities, museums, libraries, and archives. Hosted at the National Czech & Slovak Museum & Library (NCSML) in Cedar Rapids, the event was one in a series of in-district meetings intended to educate public officials on the value of the humanities to their communities. 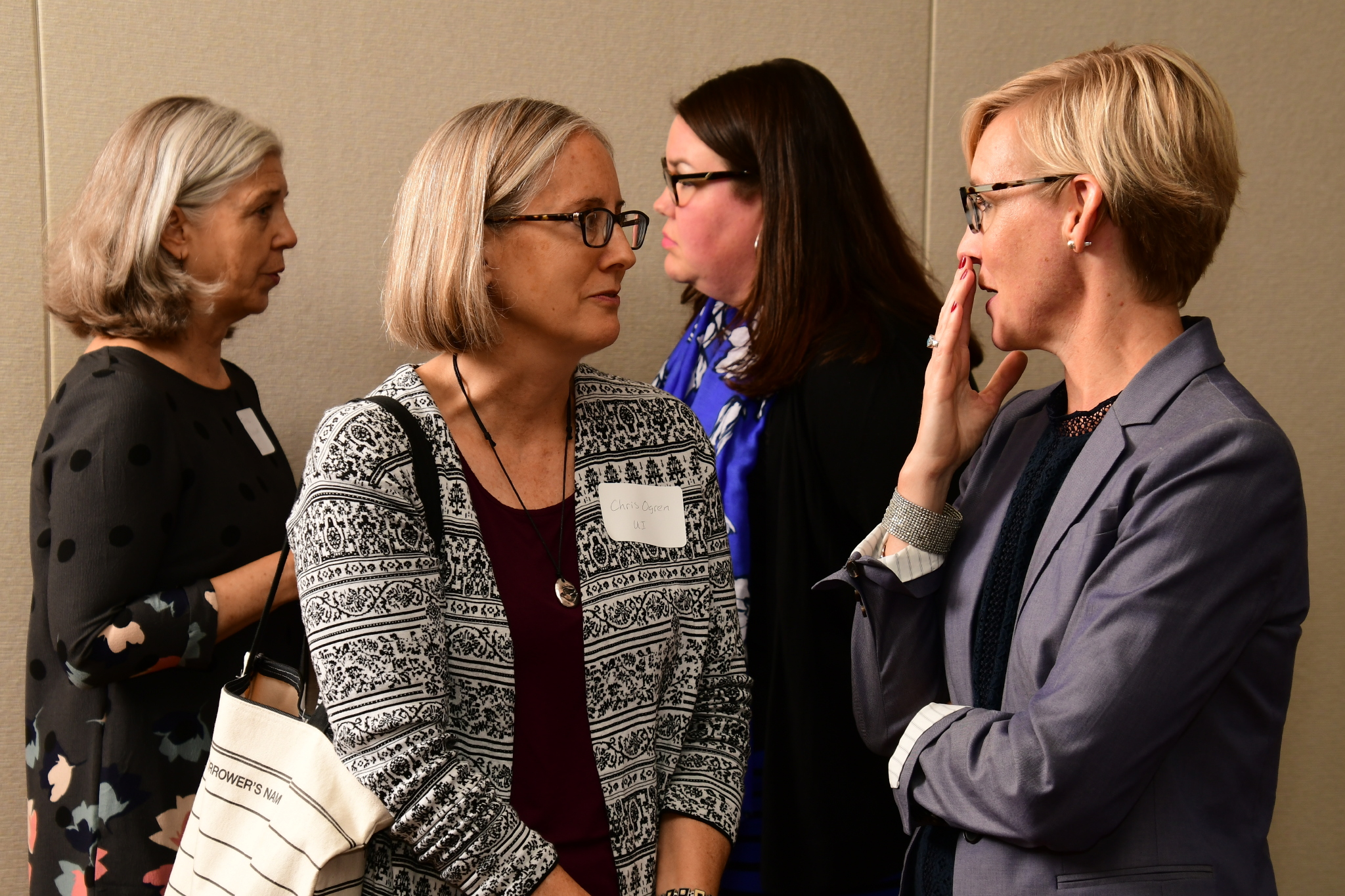 Following presentations, we broke into small group conversations with the staffers from Senator Grassley, Senator Ernst, and Representative Axne’s offices, engaging them in an effort to distill additional impacts. Some groups noted the economic impact of investment in cultural institutions that are able to leverage their grants for private donations and attract cultural tourism. Others focused on the importance of small history museums to preserving local cultural identity as main street stores disappear and local schools are consolidated. Others noted the ability of humanities institutions and scholarship to make the diverse experiences of Iowans more visible while also painting connections to the broader world.

The event concluded with a grants workshop with George Lazopoulos of the NEH, which offered members of the humanities community an opportunity to better understand grant opportunities and the support available from program officers as they apply for grants. For the staffers, the workshop offered information that they can use to support constituents interested in applying for federal funding. Over the course of the event, representatives from Humanities Iowa, including Chris Rossi, executive director, and Kurt Meyer, board president, noted the way they build partnerships with cultural organizations and universities and made themselves available for further discussion.

Overall, while the staffers were familiar with some of the institutions they heard from on Tuesday, the event provided them with a far fuller picture of the humanities landscape and allowed them to think holistically about the ways it serves and might serve Iowa communities in the future. We are thankful to the University of Iowa for co-hosting the event and grateful to Humanities Iowa for their support in getting a wide-range of humanities professionals to the table. If you are interested in organizing a similar event in your community, let us know!

Read more: neh for all advocacy